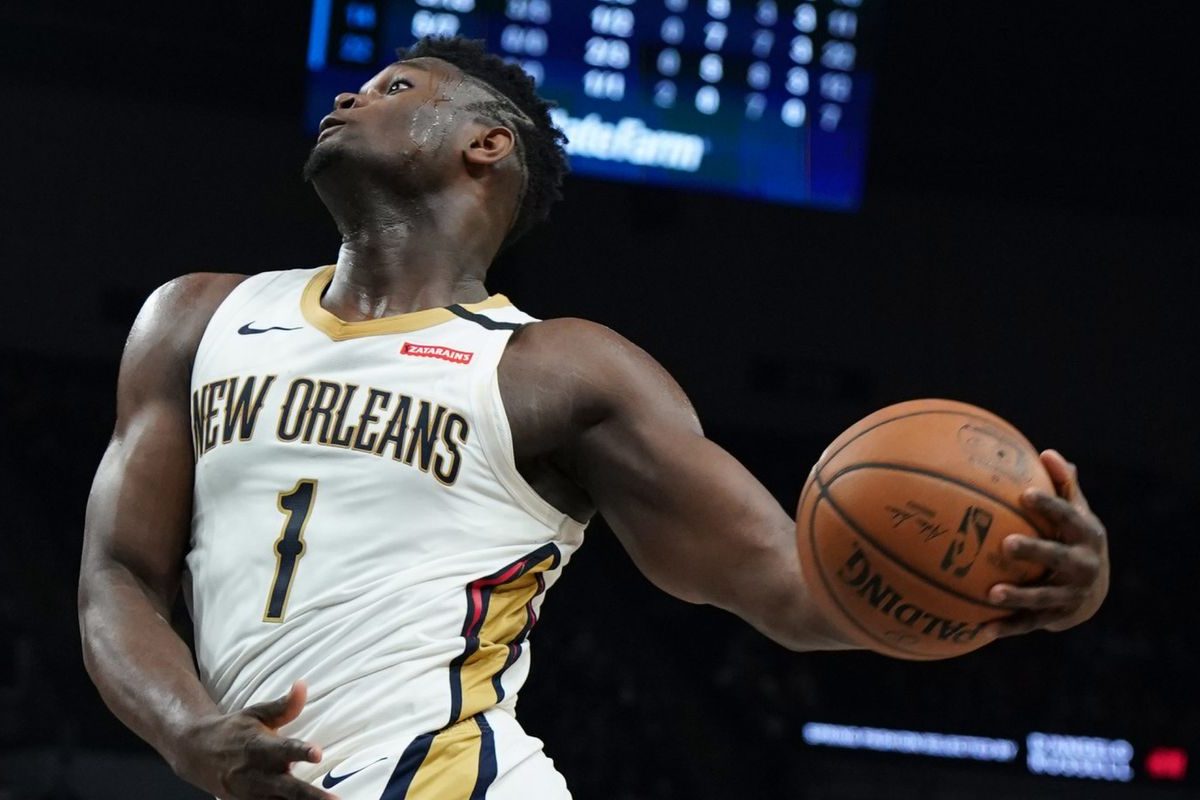 Another NBA season has rolled around, and again “load management” is the popular point of discussion. In a reduced 72-game season, the pressure on teams to keep their star players healthy in order to reach the play-offs has never been greater. However, load management is now extending to the rookies, who have the potential to become the future stars of the game. In recent times, expert commentators have shared their polarised opinions on load management – it’s either a crisis that will ruin the NBA (https://www.si.com/nba/2020/01/23/zion-williamson-adam-silver-pelicans-minutes-restriction) or a necessary intervention to preserve the health and welfare of players (https://pelicandebrief.com/2020/12/07/new-orleans-pelicans-zion-load/). So how can load management principles be used effectively with talented sportsmen and women?

New Orleans Pelicans power forward, Zion Williamson has recently been used as an example of how load management is being applied to younger players. Prior to playing a single NBA game, Zion suffered a meniscal tear to his right knee and missed the first 3 months of the 2019/2020 NBA season. In an article for si.com, NBA analyst Rohan Nadkarni sought clarity over the “magical threshold” Zion had to reach before he could play his normal number of minutes. Although we have previously stated (https://gabbettperformance.com.au/load-management/) that there is no magical number that backroom staff can use to predict the health of their players – the good teams will use a combination of research, clinical experience and the athlete’s input to guide their decision-making. Graded exposure to training and competition demands represents best practice in rehabilitation so the Pelicans performance and medical staff should be applauded for their progressive and systematic approach to returning Zion to competition.

At 20 years of age, Zion is a prodigious talent, and despite his larger frame (285 pounds), has exceptional movement qualities. In his article, Nadkarni argued that Zion was “either ready to play in an NBA game or not”, while former player, Karl Malone suggested that due to his young age, Zion should be averaging 40 minutes per game. In some circles, there is a school of thought that if a player is “good enough – they are old enough!” Certainly, there will be examples of players who averaged large playing minutes in their debut seasons and also managed to forge successful long-term careers. So why would a 20-year old player, fresh out of College, require load management? Surely load management is only relevant to older players who have undergone the “wear and tear” of multiple NBA seasons?

What Factors Warrant Consideration When Managing a Player Like Zion?

When considering the potential adverse effects of heavy workloads, it is important to recognize that:

How Can Load Management Assist Rookies?

Age is an independent risk factor for injury, with older players tending to be at greater risk (because age is associated with exposure, which in turn is associated with injuries). However, young age can also contribute to injury. For example, in a 14-year study of elite cricket players, younger players (< 22 years old) were up to 6.7 times more likely to sustain a bone stress-related injury (Blanch et al., 2015). But by the age of 22-25 years, the risk of bone-stress injury was 3.8 times lower than in the rookie years! Muscle and joint injuries tend to follow a “U-shape” – the greatest risk is when players are at the beginning and end of their careers. Finally, due to the Amateur Athletic Union (AAU) tournaments, younger players are reaching the NBA with high competition workloads but relatively low training histories. This creates 2 problems:

Early specializing in a single sport at the expense of sampling a variety of sports is thought to result in higher injury rates. Moreover, there is limited evidence that early specialization leads to elite adult performance (Kliethermes et al., 2020). Equally, a recent study showed a 32% higher match volume in youth rugby players who sustained injury than those who did not (Hartwig et al., 2019), with every 1 hour increase in match volume increasing injury risk by 41%. Importantly, no differences in training volumes were found between injured and non-injured players. Collectively these findings show that young age is associated with greater risk of some workload-related injuries and that high competition workloads can further increase injury risk. Clearly, managing player workloads through the “riskier” formative years, could prove critical in reducing the injury toll on younger players.

Not All Elite Players Have Always Played Big Minutes!

Every sport has a former player who recalls how “things were different in their day!” The sport was so much tougher! They trained so much harder! But just how do rookies like Zion Williamson compare to other NBA stars at similar stages of their career, and is playing 40 minutes per game a realistic target? The above figure compares 3 current NBA players (James Harden, Joel Embiid and Nikola Jokic) with Zion. Not only do none of the listed players average 40 minutes per game, Zion – as a second year player, is averaging far greater minutes than any of the other players! Furthermore, all 3 of the more established players have had their own unique development pathways to their success. There is no magic number of minutes an NBA player should play in order to avoid injury or to become an All Star – the training principle of individuality tells us that!

Each Player is Unique!

Zion Williamson is a unique athlete – like all athletes, his response to training and competition will be highly individual. But a brief review of his game activity shows that in the 2020-2021 NBA season to date, 208 of his 222 shots were in the paint. This shot chart emphasizes that a large part of Zion’s game involves jumping and landing, and his individual play style has implications for his musculoskeletal system. Given that each time he lands following a jump, his peak vertical ground reaction force will be in the range of ~6-9 times body weight (McClay et al., 1994), significant cumulative forces will be absorbed by the musculoskeletal tissues throughout the course of a game. This information, combined with his age, injury history, training and competition history will assist sports medicine staff to manage Zion effectively. No backroom staff manage players on game minutes alone – game minutes is only one piece of a complex puzzle, and no 2 game minutes are comparable between different players and different positions. But it’s the teams who can combine their practical skills with research evidence that will give players the best chance of success when it matters! 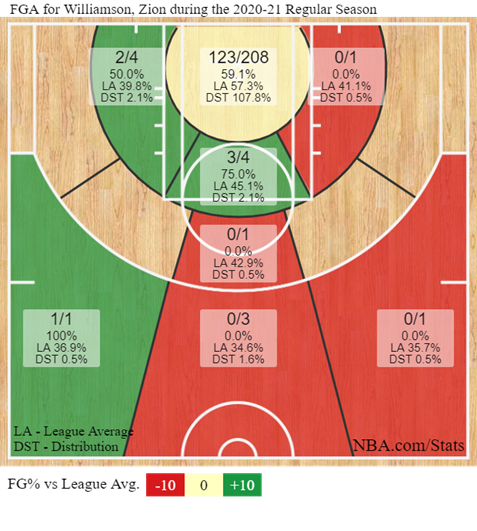 Kawhi watches from the sidelines – making sense of the early rest

Lockdown and Covid-19: How Do You Train for a Marathon with No Finish Line?