Two recent publications have announced Tim Gabbett in their respective Top 25 Rankings for Research Impact. Ioannidis et al compiled a list of the top authors of all time science-wide, ranking Tim at #21 in a field of over 600 sports scientists. Similarly, ExpertScape have announced their top 25 Expert List for Soccer. This list, based on over 10,000 possible authors, ranks the most impactful experts globally in the field. Here, Tim also ranked 21st in this list. Of the Top 25 sports scientists listed by Ioannidis et al, Tim Gabbett was one of only three also ranked by ExpertScape. An excerpt of the Top 25 list is presented below. 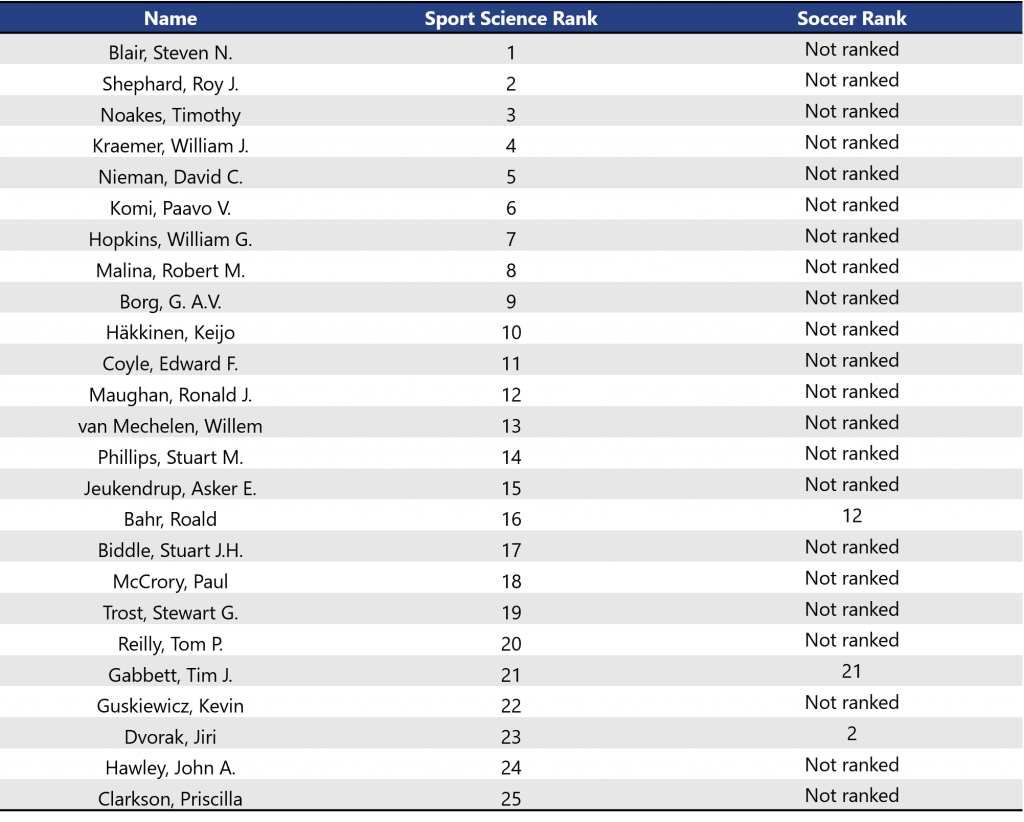 Tim had this to say about the accolade:

“It’s nice to have my work acknowledged but it’s not why I do what I do. For me, research is an important piece of the puzzle to know I can offer the best information to the teams, players and coaches I work with. My real enjoyment comes from seeing my athletes and coaches succeed.”